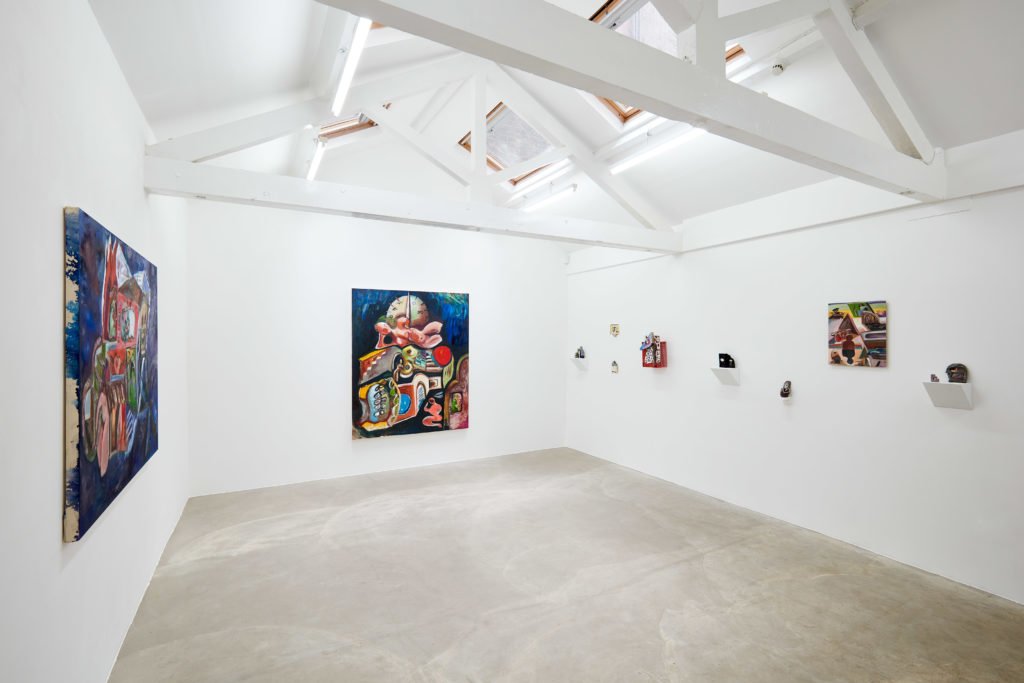 Xiao-yang Li’s recent paintings carry a host of reference and association. A composite of graphic ability, exuberant colour, and painterly happenstance creates a particular approach to two and sometimes three-dimensional work that is both familiar and unique. Li studied graphic design, film-making and photography in both Beijing & London. Later, in London, when looking at work by Francis Bacon and Frank Auerbach, for instance, she had a change of heart and decided to study painting. A love for late Titian, or Piero Della Francesca, a constant love of Oskar Schlemmer for exactly the opposite and the same reasons represents the perennial painter’s pull between the painterly and graphic. Perhaps even more crucially, Li looks to Picabia, for ‘the way he keeps changing’ his transgressive graphic approach, painted modelling, and ability to influence and shape an anti-directional, formal advance in Modernism.[...] Much of her recent work comes out of, or is influenced by, a ten-week residency at the new Museo Leonora Carrington, in San Luis Potosí, México. There is also always, a nostalgia for the kind of place, which can appear only though the active process of making a painting: nostalgia for the unknown. So metaphorically, the artist not only looks at water and represents it, but is also actually swimming in it.[...] Xiao-yang Li (b. 1985, Harbin, China. Lives and works in London.) Her most recent exhibitions and awards include: The night above the dingle starry, Museo Leonora Carrington, San Luis Potosi, (2019); Totem Index, narrative projects, London (2017); A Splinter in the Sun, curated by Tim Stoner, narrative projects, London (2016); Next Generation, from Ruth Borchard Collection, Piano Nobile Kings Place, London (2016); Heads, curated by Vera Portatadino, Yellow artist run space, Varese (2015); Bloomberg New Contemporaries, touring exhibition: ICA (Institute of Contemporary Art) London, Newlyn Art Gallery, World Museum, Liverpool (2014-2015); Finalist at Dentons Art Prize, Dentons London (2016); Fellow (stipend), Vermont Studio Residency, USA (2016).