A Splinter in the Sun 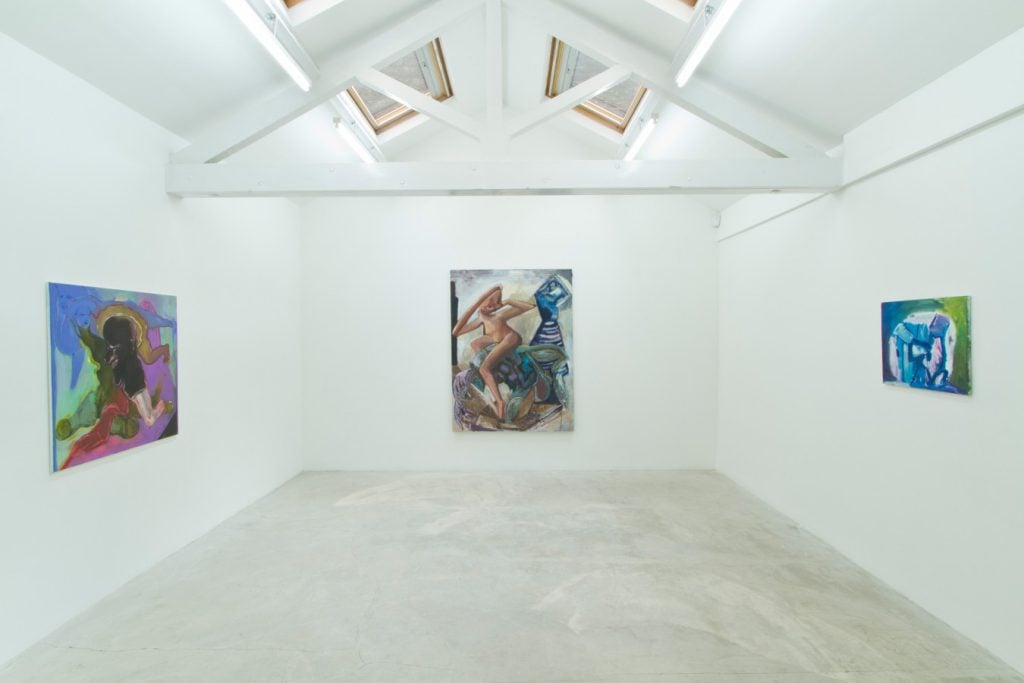 The painterly figurative painter is often depicted as a sort of eccentric flâneur who fumbles around their canvases with the angst and frustration that apparently inhabit that sort of artist’s world, their brushes depicting the detritus of life. This isn’t exactly accurate; as with all clichés, though, there is some truth here, concerning how the grit and grime of the city enters the studio and the type of person who dedicates their life to unravelling the complexity of metropolitan grubiness.

Exhibition is curated by Tim Stoner.