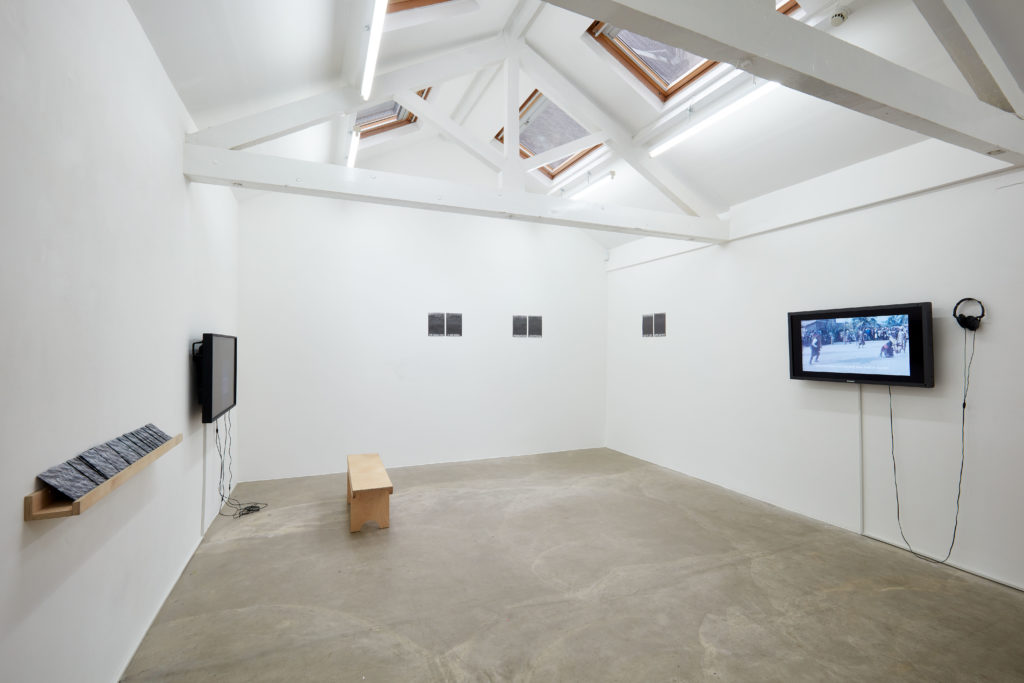 narrative projects is pleased to invite you to the opening of our upcoming exhibition away, completely: denigrate curated by Languid Hands.

This group exhibition brings together four artists: Ebun Sodipo (London); Ashley Holmes (Sheffield); Halima Haruna (Lagos/Boston/London); and Libita Clayton (Bristol) to present new commissions responding to the etymology of the word denigrate, it’s etymology “to blacken, completely”, or “to make black” and the ideas that its lineage evokes across a range of mediums.

‘Did we surprise our teachers who had niggling doubts about the picayune brains of small black children who reminded them of clean pickaninnies on a box of laundry soap? How muddy is the Mississippi compared to the third-longest river of the darkest continent? In the land of the Ibo, the Hausa, and the Yoruba, what is the price per barrel of nigrescence? Though slaves, who were wealth, survived on niggardly provisions, should inheritors of wealth fault the poor enigma for lacking a dictionary? Does the mayor demand a recount of every bullet or does city hall simply neglect the black alderman's district? If I disagree with your beliefs, do you chalk it up to my negligible powers of discrimination, supposing I'm just trifling and not worth considering? Does my niggling concern with trivial matters negate my ability to negotiate in good faith? Though Maroons, who were unruly Africans, not loose horses or lazy sailors, were called renegades in Spanish, will I turn any blacker if I renege on this deal?’


Harryette Mullen, Denigration, From Present Tense: Poets in the World

Video documentation of Ashley Holmes, Space for Listening: The Likeness, 2019