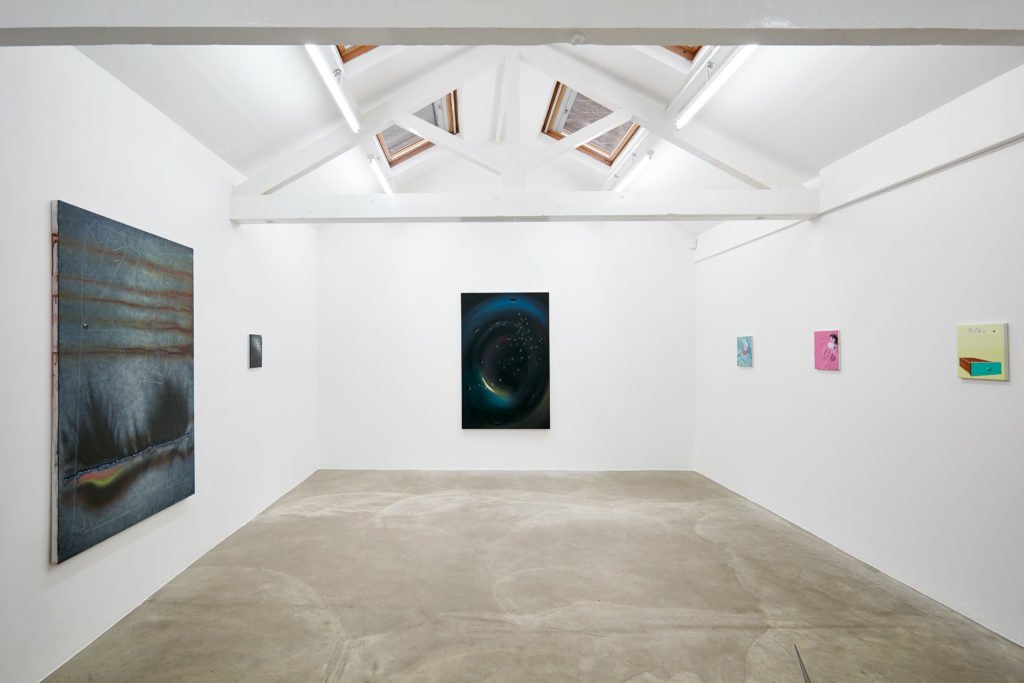 narrative projects is delighted to present Polka Dots and Curls, a solo exhibition by Andro Semeiko. For this exhibition Semeiko has produced a new series of paintings based on two distinct literary icons – namely, the heroic Georgian poet Vazha-Pshavela, known for his overarching themes of strong-willed nationalism, including dignity and a zeal for freedom alongside problems raised by the interaction of human love with love of country, and Dylan Thomas, one of the most important Welsh poets of the 20th century, noted for his original, rhythmic and ingenious use of words and imagery – to enact various historical loops in poetry and painting.