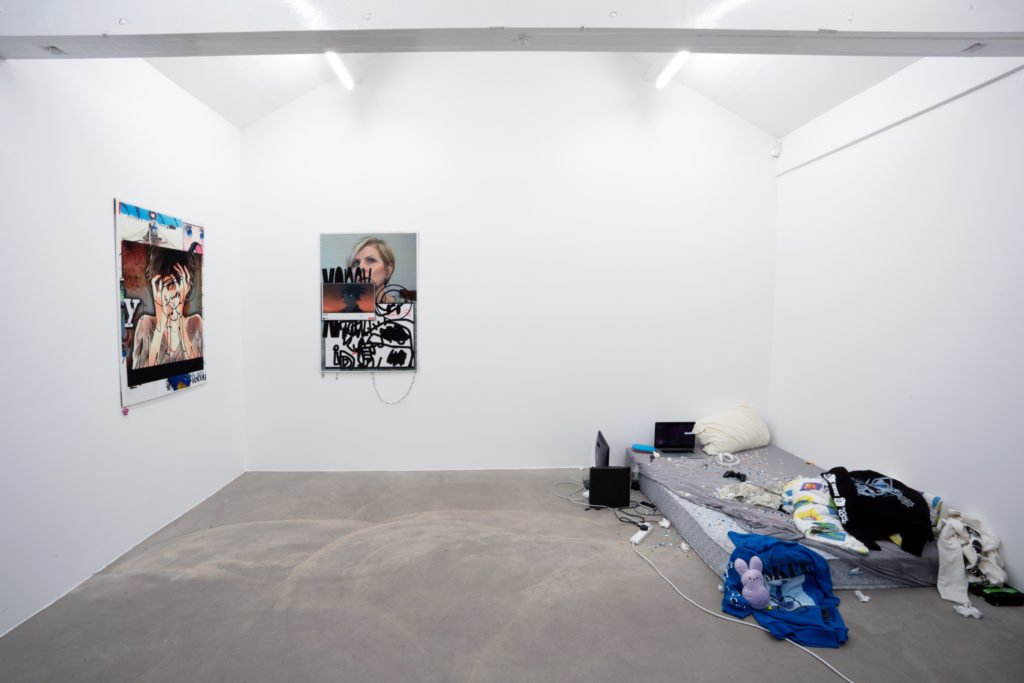 narrative projects is delighted to host SKEE, an exhibition by Bora Akinciturk and Iain Ball. This project, featuring works on show for the first time, is the launch of a new series of collaborations entitled, ER, curated by Cem Hamlacıbaşı.   The exhibition takes its name from a Lil Xan Song of the same name, “[Chorus] skee, skee, skee, skee, skee, skee, skee, skee”. In their work, Akinciturk and Ball delve into the collectivised phenomenon of what can be loosely defined as Cloud Rap (also termed as Soundcloud Rap, Internet Rap, Sad Rap and Sad Trap Music). The artists look at the influence the genre has had on popular culture in recent years, which came into focus after the deaths of rappers XXXtentacion and Lil Peep and the incarceration of rapper 6ix9ine.   Beyond the impact Cloud Rap has had on the public consciousness, the artists consider the genre’s interplay with internet subcultures and meme culture, mainstream RnB music, 90s Punk and 4th wave Emo. They examine its roots within niche internet microgenres such as Vaporwave and Witch House.