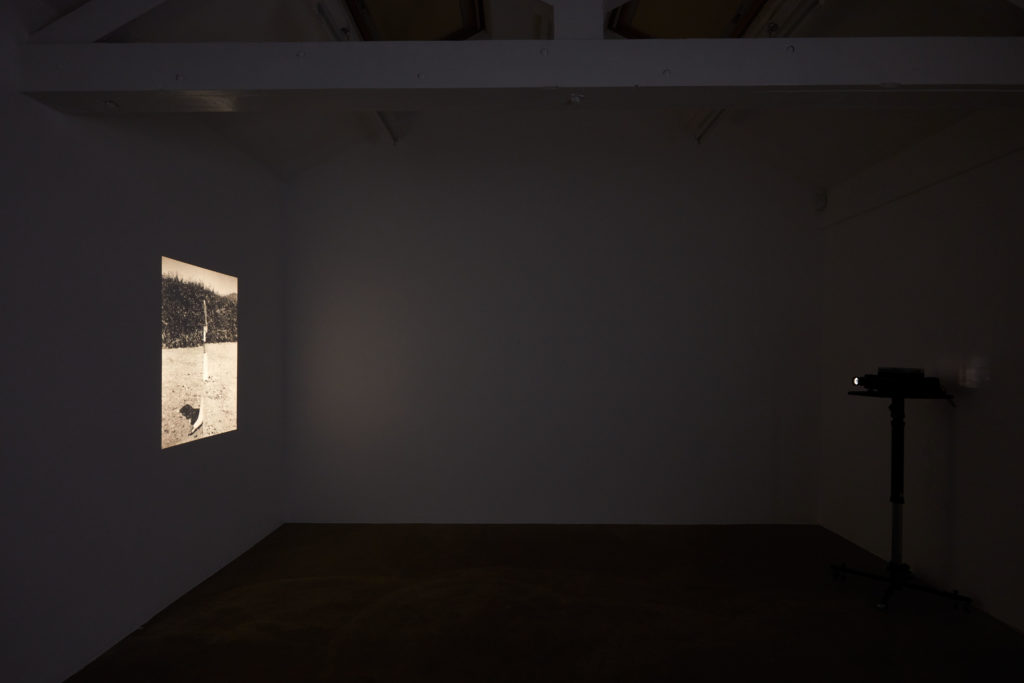 narrative projects is delighted to present SPLIT a second solo exhibition by Rachel Lowe at the gallery. For her forthcoming exhibition, Lowe will be re- presenting a work entitled "Elizabeth", a slide installation, which was made twenty years ago.

Eighty black and white slides, created from found photographs of assorted different women, are projected chronologically so as to suggest the life of one individual woman. Having removed the central section, where the female subject should be, from each photograph, the re-assembled images now possess a vertical seam running down their centres. The physical incision enacted upon the images does not remove the woman's presence entirely, leaving the fictional "Elizabeth" of the title, somehow present and absent at the same time.

Alongside "Elizabeth", more recent work will also be shown which utilises a similar disruption to the two-dimensional surface of the image. Filmed in slow motion on a mobile phone, the focus is again on the peripheral, the margins, the overlooked.

Video documentation of the exhibition: