The Unity of Time and Place 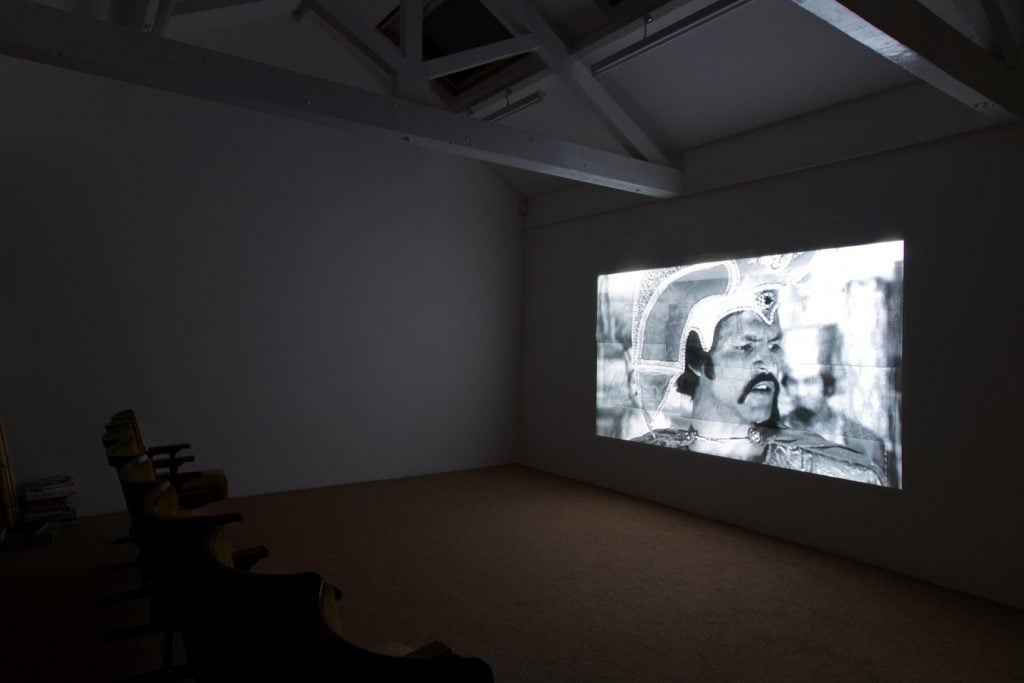 narrative projects is pleased to present The Unity of Time and Place by Iranian artist Mahmoud Bakhshi. The artist’s second show at the gallery sees the space transformed into an immersive installation centered on the infamous Cinema Rex fire in Abadan, in southern Iran. The cinema was set ablaze killing over 400 people on 19 August 1978, and is considered to have triggered the revolution of 1979. The project feeds into the wider focus of artistic inquiry in Bakhshi’s practice: both the role and impact of an artist today, as well as the effect and reflective nature of an influential work of art on society. In this light, the Cinema Rex fire is particularly poignant. The Unity of Time and Place also refers to the coup d’état, which happened on the same day as the fire on 19 August, 25 years earlier, in 1953. Both events had a crucial impact on the history and transformation of not only Iran but the entire region, drawing parallels on both their date of occurrence and location.