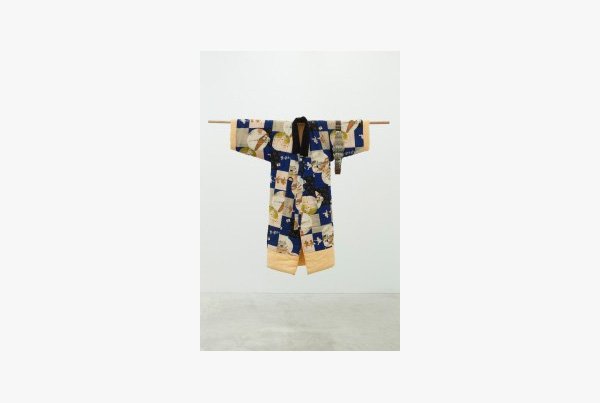 Prime Minister Shinzo Abe’s controversial ‘reinterpretation’ of the Japanese constitution could see Japan assert itself as an international military presence for the first time in the seven decades since it’s surrender ended World War II. At least, that is, in the aid of allies; revisions notwithstanding, Article 9 still renounces the state’s sovereign right to belligerency. This kimono is one of a few singular, arresting, indigestible chunks of history that Portuguese artist Carlos Noronha Feio has included in his exhibition ‘discursive foundations of sunsight’ at narrative projects.